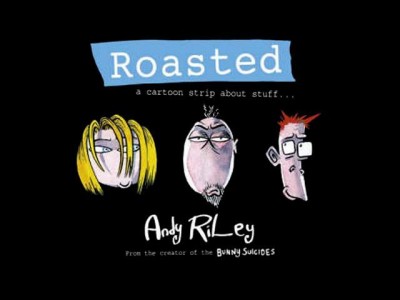 Roasted was Andy’s weekly cartoon strip. It ran in the Observer Magazine (which is part of the Observer Sunday newspaper) continuously from 2002 to 2010. It’s about three people called Karl, Lottie and Nev who work in a coffee shop, but not much coffee actually gets served – it’s all about the little triumphs and disasters of contemporary life.

The first five years of the strip have been reprinted as a Hodder hardback which you can buy online.

The Observer Magazine’s site is here.