How to talk Comedy Writer 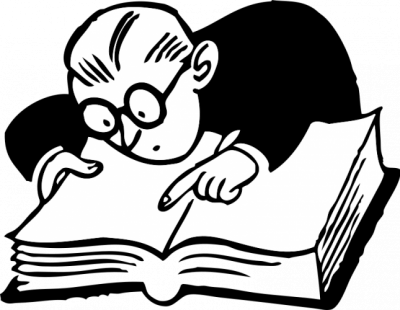 All professions have their own terminology. Comedy writers love to create their own. I asked some writers I know what terms they like to use, and they were pretty eager to tell me. I compiled some of the results here, in a little glossary. Some of these are in common circulation; some are only used by one or two people. At the very least they should give some insight into what the hell it is writers do all day.

Ruffle – an aspect of a joke (a name, or reference) which is getting in the way and making things less clear. In the script editing process for the BBC2 comedy ‘Whites’, there was a reference to a character called Jamie, which made you think of Jamie Oliver. That was a ruffle, so it went. [Via Simon Blackwell]

Chutney – stuff that characters are saying in the background, which you don’t normally add into the script until very late because it’s not material which needs jokes. Writing for Veep, chutney often takes the form of perfectly serviceable political speeches, while the real funny material is going on amongst other characters in the foreground. I don’t know if this term exists outside the Veep/Thick Of It writing team.

Scud – a joke that ends up getting the wrong target. E.g. “the energy companies have done some truly appalling things– one of them based itself in Newport.” The punchline is saying that Newport is shit, and not saying anything about the energy companies. Named after the outdated and inaccurate Soviet missile used by Iraq during the 1991 Gulf war. [Via Pete Sinclair]

Two Sock – when you find yourself using two jokes/motivations/expositions, when only one is necessary. [via Kieron Quirke]

Fridge – the piece of paper, noticeboard, book or computer file where you put the jokes you cut for whatever reason, but which may work in another time and place. ‘Fridge’ came from Gareth Edwards, are lots of writers have different names for the same thing. Sarah Morgan has a ‘bottom drawer.’ Dave Cohen has a ‘shoebox.’ Greg Daniels calls it ‘the sweetie bag.’ When writing “In The Loop,” Tony Roche, Simon Blackwell and Jesse Armstrong called theirs ‘the fun bucket.”

The restaurant on the corner – (American) – a bit in a script where no matter what joke you put there, it’s still never quite works. I’ve also seen this called a ‘Bono’, after a restaurant opened by Sonny Bono in Burbank, California. It shut quickly, as did every other restaurant which opened on the same spot. Writers working nearby decided the corner must be cursed. If you have a Bono in a script, it will be a gradual realisation, because it always feels like something SHOULD work there, and you might try a dozen or more things before the truth dawns. You can only deal with a Bono by taking apart and rebuilding a larger section around it – probably the whole scene, maybe even a bit more. [via Dave Cohen]

Killing kittens – removing jokes which you really love, because they’re getting in the way of the story. [Chris Addison]. Also known as “stripping the car.” [Joel Morris]

Bucket – strong, simple idea to contain all the nonsense you want to put in. “Parody of air disaster film” is a great bucket. [Joel Morris]. Not related to ‘fun bucket.’

Oxbow Lake – the rewriting process produces these. A bit in a script which used to have some plot/character importance, but as the story has changed around it, no longer has a purpose. You have to remove it on the next draft. Sam Bain and Jesse Armstrong use this term. Me and Kevin Cecil call them ‘hangovers.’

Rabbit hole – a fact you check on the Internet and that’s the rest of the morning gone. [John Finnemore]

Joke impression – a line that sounds like a joke, and has the rhythms of a joke, but isn’t actually a joke. Also known as “hit and run” or “Jokoid [John Vorhaus, from his very good primer “The Comic Toolbox”]. A joke impression has its uses. When you are thundering down a first draft, and are more concerned about the overall structure than individual jokes, you can slot in a few joke impressions at spots in the script where a good joke is hard, in the full knowledge you can come back later and fix them. I’ve been told of a more aggressive use for them too. I was told that when Jim Davidson has one of his joke writers in the audience, he picks out one joke which is clearly a dud, a joke impression, and tells the writer he’s going to deliver it anyway and make the audience laugh – even though it doesn’t make any sense. The subtext: Jim is saying “I’m the one who brings the magic, not you.”

Fridge joke – related to joke impression. The audience realise they laughed at something that didn’t actually make sense, but 10 minutes after the event. (via David Tyler)

Gerbeau – a joke that literally nobody but you is going to get, but it does no damage, so it stays in. Derived from “please yourself,” which shortens to “P .Y.”, Which then becomes Gerbeau after PY Gerbeau, the guy who ran the millennium dome. The term Gerbeau is itself a nice example of a Gerbeau. [Via Joel Morris]

Plotential – and the idea or situation which has the potential to be developed into a full-blown plot. As in “does this idea have potential?” [via Sam Bain – though he doesn’t stress that he and Jesse Armstrong are mostly taking the piss when they say this in conversation]

Nokamura – I read this online once but haven’t been able to relocate the page. The most nightmarish of writer’s problems. It’s when there’s a huge issue with a script which effectively means that the whole thing is holed below the waterline, and should be junked. This derives from the Cheers writing team, who once hinged a storyline on the highly doubtful premise that the surname ‘Nokamura’ was intrinstically hilarious. Come the day of the record, the studio audience sat silently through all the Nokamura material. The writing team knew it was a dud. They had about 24 hours to rewrite the entire episode with a new central idea, in time for the second studio record the next day. This thing of having two studio records for one episode, giving the team a day to sharpen the jokes based on the audience reaction the day before, is well established in US studio audience comedy. It’s also a very expensive luxury unavailable to British shows with their smaller budgets. To my knowledge, the only British show to ever enjoy this perk was Victoria Wood’s dinnerladies.

Nunya – a work at an embarrassingly unready stage. If anybody asks about it, you say “nunya business.”

Cut and Shut – a term borrowed from the motor trade (welding two halves of two cars together). This refers to a conceit which is essentially to normally incompatible ideas, bolted together. An example: Big Train’s cattle auction, where they are not cattle, they are new romantics. (via Jason Hazeley)

Frankenstein draft – a script that suffers over time from bolting on too many slavishly implemented notes.

Frankenstein (verb) – Joining already-written scenes together in a highly inelegant way. You know it’s not pretty, but it’s a temporary tool which might give you some idea how the completed sequence might work. Frankensteining is very common when writing animated movies, in which the scripting is often done alongside storyboarding. [Andy Riley]

Pitcheroo – anything which reads well in a pitch document or story outline, which you know won’t quite hold water when you are writing the actual script. But very handy if you’re up against it time wise, and you need to convey what it is you’re intending to write, but you haven’t got the hours to crack every single story beat. An example might be “They escape from the party, and then…” How do they escape from the party? Won’t they need an excuse, or will they climb out the window? Who knows? You know you’ll need to cover that in the end, but so long as it’s followed up with a funny idea in the second half of that sentence, you can get away with it for now. Because most people read pitches and story outlines much too fast, effective pitcheroos are never spotted. [Andy Riley/Kevin Cecil]

Bull – coined by Sid Caesar. A line which diminishes the speaker’s status, against their intent. Example: “I don’t need anybody to help me look stupid.” (Via Paul Foxcroft)

Laying pipe – this one’s commonly used in America. It means planting the exposition which is necessary for the audience to understand what’s going on. This can be done elegantly; like in Monsters Inc, where the first 15 minutes of the movie lays out a mass of exposition about how the monster world works, but all with scenes which also advance the story and have jokes in. Or it can be done bluntly; like in Looper, where the complex rules of the world are explicitly laid out in voice-over.

Crossword clue – a joke based on a brilliant verbal trick or pun… At which nobody laughs. (via David Tyler)

CBA – Meaning “could be anything.” [via Graham Linehan] A joke where a key component is interchangeable with many other options. “I was kissing him but all I could think of was which pocket my tic tacs were in.” The tic tacs are a CBA, as is the pocket. Many Victoria Wood jokes referencing brand names are CBAs.