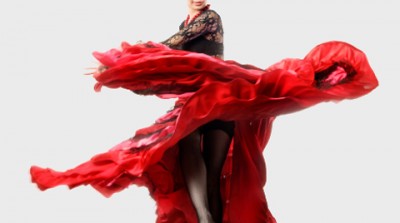 Part of the comedy writer’s job is to spot the buzz words and cliches of the age, and either avoid them, or use them in a very particular way; by putting them in the mouths of your most (intentionally) annoying characters. If there is a character in a show who tells everyone to chillax, or talks about things “going forward”, The chances are it’s the one that the writer/writers wanted us to feel irritated by.

There is one word which has been so overused for so long that I’m constantly surprised it hasn’t attracted more flak. It deserves some. It’s “Passion.”

Hotels always seem to have a passion for service. Delicatessens boast of their passion for food. Job interviewees are ordered to bring along their passion for coffee, or communication, or learning, or innovation, or excellence. Passion, passion, passion. As soon as you notice the word you see it everywhere. It’s the ultimate cure-all. When you have passion, apparently, everything is solved. And of course it gets applied in my job. Time and again aspiring writers are told that they need to have a passion for it.

Well what’s wrong with that? You might ask.  Passion has to be a good thing. It can be – but we’ve got to understand what it is and what its limits are. People love to talk about passion because bestowing “passion” on anything is deliberately invoking the imagery of sex. And sex is sexy.  Passion is a dark-eyed flamenco dancer with fabulous dress and a rose between her teeth. Who wouldn’t want her around?

Passion, as we now use the word, is a child of the 60s. It’s about the fulfilment of your personal emotions. So long as you are serving your own needs in this way, you’re bound to be on the right path, or so the narrative goes.

Passion certainly has its uses in writing. It’s probably what got you into in the first place. When you are gripped by a new idea and you simply can’t scribble it down fast enough because of the possibilities racing through your head, that’s passion. Great. But there’s a problem: passion is a state of high emotional arousal. Nobody can live like that all the time. What do you do when you’re a couple of months into working on that project, and you still aren’t sure what the ending is yet, and one of the characters still isn’t working, and it’s all become heavy going? Perhaps that passion is flagging. Perhaps it’s gone. Perhaps it’s working against you – and you passionately want to throw it all out and go and play in the sunshine.  That’s when you need something more powerful than passion.

Here’s where I reach for the words of Daniil Kharms. Kharms was an absurdist writer in revolutionary Russia. He wrote unhinged little stories, many just a paragraph long. He founded an art movement called Oberiu which turned out slogans like “Art is a cupboard!” and “we are not cakes!” As Stalinism tightened its grip, you couldn’t get away with this sort of thing any more, and eventually Kharms was interned by the NKVD. He died of starvation in a prison during the siege of Leningrad.  So there’s no doubting his dedication to his art. Amongst a small collection now entitled “the blue notebook”, because that’s what he happened to write it in, he put down this luminous aphorism:

To have only intelligence and talent is too little. One must also have energy, real interest, clarity of thought and a sense of obligation.

When I came across this a few years ago, it struck me as a great set of guidelines to writing. I would argue that the last item on the list is the most important.

Sense of Obligation. Like duty, or responsibility, it’s not an easy sell. It sounds like such a drag. It speaks to us from the pre-1960s era when people were burdened with the task of thinking about things that weren’t themselves. Obligation is Passion’s slightly frumpy sister. Doesn’t get as much interest from the boys. Goes out to milk the cows and dig the ditches while Passion fusses over her toenails. She’s not nearly as sexy as Passion. But by god she’ll get the job done, long after Passion has declared herself too tired, dashed her fan to the ground and stomped off in her big shoes.

This sense of obligation – a flinty, bloody-minded determination to get the job done regardless of anything, because, well, we’ve just got to – is a trait shared by just about every professional comedy writer I know. In the end, that’s what you need just as much as Passion to get you over the line.

So by all means be passionate in your writing. But if you are still writing when the great muse passion has stood you up – then you’re a proper writer. And don’t worry, Passion will come back. She always does in the end.