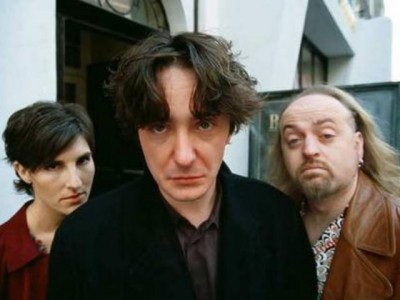 Walking through Bloomsbury in central London last week, I realised I was just round the corner from Black Books. Me and Kevin wrote eight episodes of the sitcom over 2002 and 2003. Although the interior of the Bernard’s shop was a purpose built set in a studio in Teddington, with a studio audience sat on one side (a detail often missing from real bookshops), the exterior was that of a real bookshop: Collinge and Clark, 13 Leigh Street, London, WC 1. I hadn’t walked down that street in years. Time to pay a visit.

I recently read a terrifying fact in the Daily Telegraph: the number of bookshops in the UK has halved since 2006. Halved. As someone who has written sitcom set in a bookshop, and who makes a lot of his living from things sold in bookshops, I’m very attached to the places. Not just little musty ones, but great big ones too. In 2003 we wrote an episode guest starring Simon Pegg as the manager of a super–efficient book retailer, clearly modelled on Borders, which opened right next door to Black Books. Back then, that’s what the future looked like. In 2011 Borders is no more. Was it realistic to hope that Collinge and Clark would survive?

There it was. Still, an’ antiquarian’ bookseller. One glance at the window display reassured me that yes, that just meant second hand. Behind a desk, underneath wood covered walls remarkably similar to the ones we had on the set, a man sat doing nothing in particular except wearing glasses. I tried to enter the shop: the door was locked. Oh well, I thought, and carried on down the road.

Seconds later the man peeped out of the door.
– Oh, you are open then? I said.
– Well, yes…
It was like I had just asked him an open-ended philosophical question.
– You sound unsure, I said.
He pondered for a couple of seconds, then decided.
– Okay, yeah. We are open.
Suspecting by this time that he really didn’t want me there, I went round the corner to Judd Books where the door was definitively 100% open. However, I left Leigh Street greatly heartened. Not only had Collinge and Clark made it into 2011, but they were still carrying on in a highly Black Books way, locking customers out in the middle of a working Monday. Maybe that’s the way bookshops will survive. How can you close down what does not open?

If you want to visit this great little bookshop, hopefully when it’s open, here’s a link for more information: