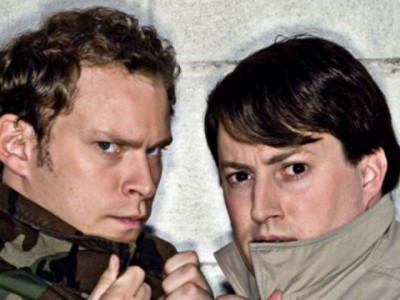 Surprised and delighted when the Bunny Suicides got a mention in Peep Show on Friday night. For those outside the UK, it’s a sitcom which has more or less set the standard for the rest of we sitcom writers for last few years. Jeremy (played by Robert Webb) goes to a book group, but it turns out the only two things he’s ever read are Mr. Nice and Bunny Suicides.

I know Sam, Jesse and Simon who write the show – British sitcom writing is not a large world – and apparently they were a bit worried I’d take offence but quite the opposite, I’m honoured.

You can see the episode here if you’re in the UK… not sure if it works abroad. http://www.channel4.com/programmes/4od